The end of the 3rd movement of my 2nd symphony

As you can see in my list of works, I have written compositions for various musical ensembles, which is also not necessarily unusual for a composer who is constantly suffering from self-doubt. From my many years of conducting experience of the almost professional wind orchestra of Nice which bears the interminable name of “Orchestre d’Harmonie de la Ville de Nice” originated compositions for symphony wind orchestra as well as plenty of arrangements for this wind ensemble or for smaller ones which I needed for the weekly performances of my orchestra in Nice and to enrich our repertoire but also to motivate the soloists of the orchestra.

The old ladies in the audience were always very enthusiastic about these concerts and they belonged until their almost penultimate breath to the regular guests or even to the fan club of the orchestra, not forgetting the conductor. Most of them were not very well off people who were all the more grateful for the gift that the city of Nice offered them every Sunday for free. In order to always have the opportunity to sit at their favourite spot, without having to fight for it, they were there, up to one hour before the beginning of the concert. However, the greedy elite of the city had almost no interest in brass music that has never been an issue for them. No, these lucky buggers, were of course always attending the Opera, where all is performed at the original level, where they are among like-minded people and where the Opera boss obsessed with success apart from Tosca, La Traviata and Turandot, stages Carmen again for the umpteenth time pretending this staging is something brand new, even though there are approximately over 10,000 operas that have never been performed. 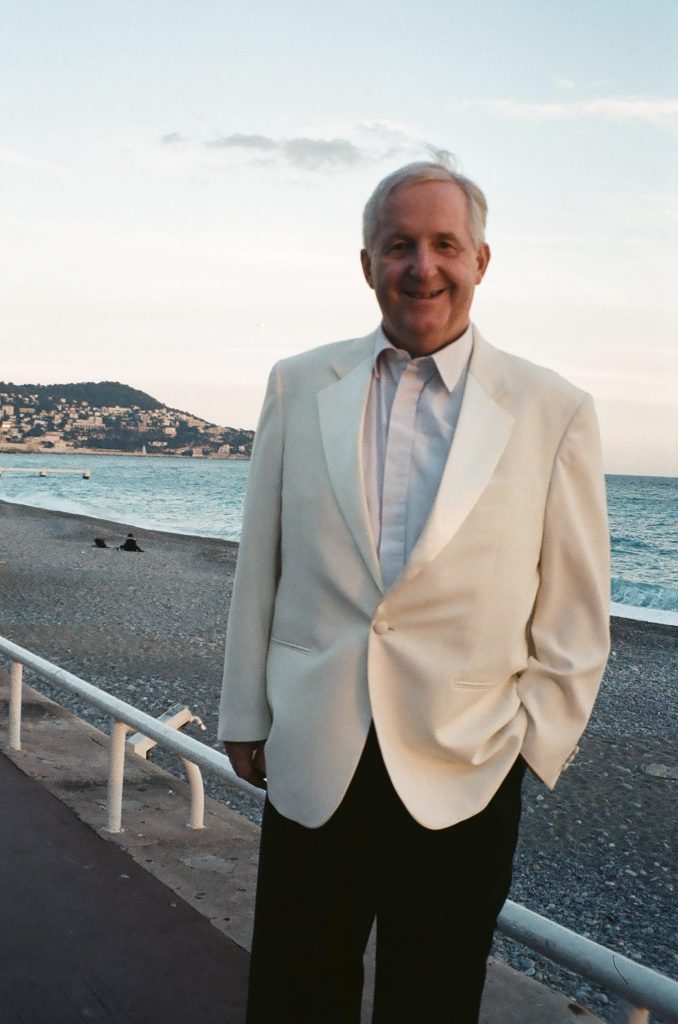 I would like to tell one more little story regarding money and music. A few years ago, the cities of Nice and Cannes wanted to merge their two symphony orchestras into one large orchestra for financial reasons. In order to celebrate properly and pompously this event, the city of Nice assumed an internationally famous pianist for a short period of time, asking him to perform the 15-minute-lasting Rhapsody in Blue by G. Gershwin with the Nice Philharmonic Orchestra paying him 50,000 Euro. The only problem was that the city of Nice had no more money to pay for the star pianist. That is why, they had the original idea to take the money from the very limited yearly budget of my wind orchestra which was financed by the city administration and that has immediately been done by the culture department of the city administration. Therefore, as conductor of the orchestra, I had no choice but to cancel quickly eight concerts and sixteen rehearsals of my orchestra composed of sixty musicians, only in order to allow the city to finance the ridiculously short performance of a famous pianist. For this event, it would have been very easy to assume another excellent but unfortunately not so famous pianist from the region for only 2,000 Euro. Consequently, my audience would not have been forced to go without its eight Sunday concerts and the audience of the symphony orchestra would anyway have got its money’s worth.

The city administration’s management of this situation was purely and solely unprofessional and megalomaniac and had absolutely no longer anything to do with music, culture, Beethoven and humanity!

The only quirk of fate was that this planned merging at the end didn’t even take place because of internal quarrels and power struggles and each city had no other choice but to keep financing its own orchestra.

It is all about the painful issue of disproportion.

Well, if by chance for some reason you happen to be interested in any composition from my list of works, or if you even would like to order a new composition of mine for any particular event, don’t hesitate to send me an email and I am here for you!